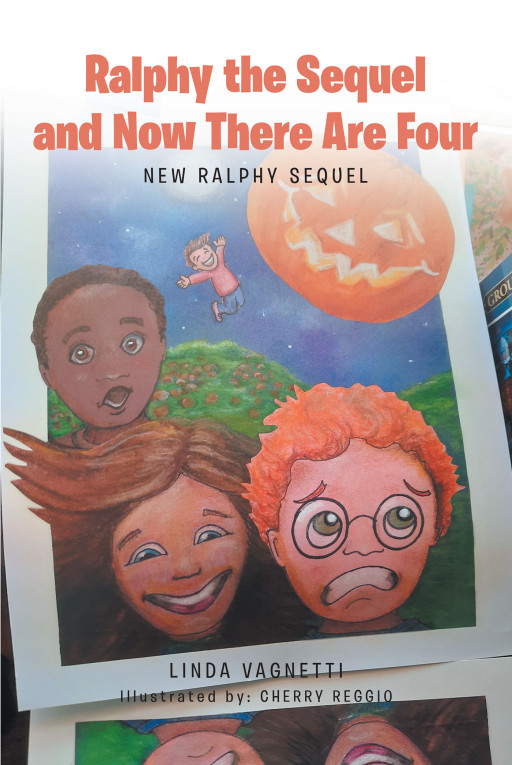 Fulton Books author Linda Vagnetti, a retired Title 1 teacher of 28 years in a school district in Michigan, has completed her most recent book "Ralphy the Sequel and Now There Are Four: New Ralphy Sequel": an engaging story that follows Ralphy and his friends as they visit Lebean's great-aunt Etta on her houseboat. The group plans a great pumpkin-carving event together.

Author Linda Vagnetti is married and has three children and four grandchildren. The children she taught in school gave her the idea of putting many stories in one book so that they didn't have to carry around smaller books. This encouraged reading in her students.

Linda begins her story, writing, "I am Ralphy. It was the beginning of summer vacation from school. We were all told that next year, we would be the first sixth, seventh, and eighth middle-school tryout class. We didn't talk about it much just yet. Other things were on the minds of Jabber, Lebean, and me—alias the Awesome Trio."

She continues, "A family meeting had been called. This was not unusual except that all three of our families were involved. We had gone on several vacations together in the past few years. They had not gone that well at first—well, at least for one. Anyway, the meeting was at my house as my mom had brought up the subject."

Published by Fulton Books, Linda Vagnetti's book is an entertaining and imaginative children's story filled with fun and surprises.

Readers who wish to experience this creative work can purchase "Ralphy the Sequel and Now There Are Four: New Ralphy Sequel" at bookstores everywhere, or online at the Apple iTunes Store, Amazon, Google Play, or Barnes & Noble.

Please direct all media inquiries to Author Support via email at [email protected] or via telephone at 877-210-0816.

Previous article
Types of Collateral Loans to Consider in 2022
Next article
Laurie Ravin and Alexis Kantor’s New Book ‘Veridesian Tales: The Hidden Woodlands’ is a Fantastical Lesson in Stewardship and Protecting the Magic of Nature

THE YEAR OF CIRQUE DU SOLEIL: CELEBRATING 30 YEARS OF WONDER AND AMAZEMENT IN LAS VEGAS